Renewable energy in the Middle East

Renewable energy and project cargo go hand in hand, but what about in the Middle East?

The region has long been dependent on its oil & gas resources, not just to fuel its economies, but for power too. However, there’s a real need for GCC States, Saudi Arabia, and other nations, to diversify their economic output and power supply, which is where renewables come in.

As we know, renewable energy projects are a major source of heavy lift and out-of-gauge freight handling contracts. With that in mind, let’s take a look at what Middle Eastern countries have planned, clean-energy wise, to see future contract potential throughout this region.

The GCC is where the largest renewables push in the Middle East is going to occur.

7 GW of renewable projects, primarily solar, are planned into the next decade and beyond. By 2026, the wider Middle East and Africa region is expected to install 40 GW of renewable infrastructure.

There is certainly plenty of room to grow. As of 2018, The Middle East held an energy capacity of 146 GW. Of that, less than 1% comes from clean, sustainable sources at present. All this is set to change.

Taking a look at the GCC, Saudi Arabia alone has plans afoot to bump its capacity to a huge 60 GW by 2030; Kuwait is planning for 30% of its energy needs to come from green sources; Bahrain 10% of electricity consumption by 2030; and the UAE has set itself the grand target of 50% of its energy needs coming from renewables by 2050.

So, the plans are there, but what’s the current state of play? 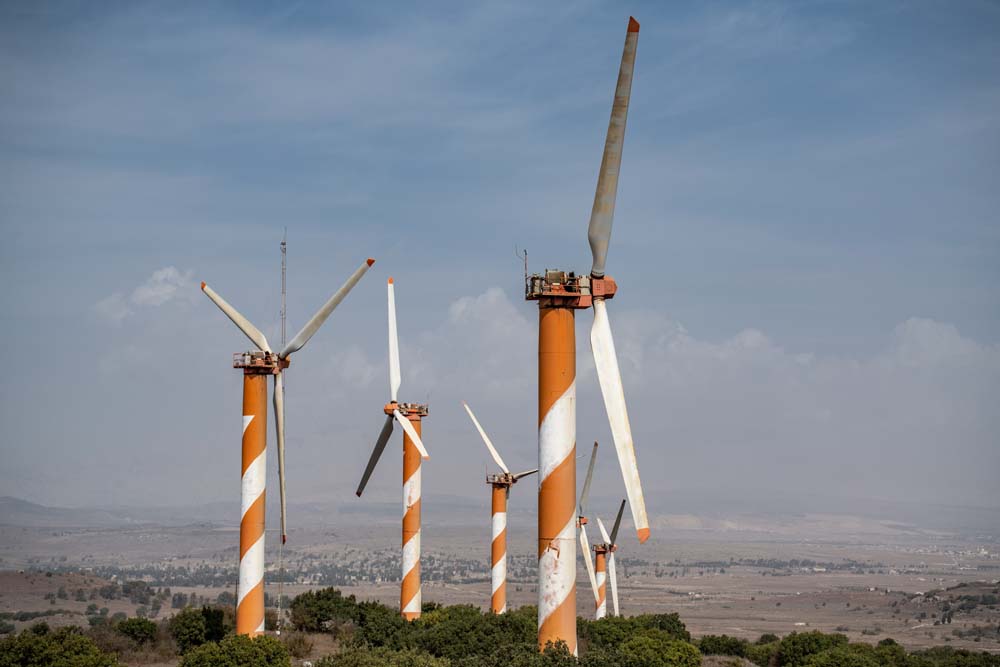 A number of countries around the Middle East are beginning to wake up to wind power’s potential.

Currently, Egypt, Jordan, Iran, Israel and Kuwait are the regional leaders in wind power generation, but others are keen to ride the breeze. A number of new projects are either under construction, out for tendering, or in the planning stages in Oman, Qatar, Bahrain, Iraq and Lebanon.

Egypt is currently sourcing funding for its proposed $400m Suez Bay facility. Once constructed, it will add 250 MW to Egypt’s national grid, completely cleanly. Its cost makes this one of the largest undertakings, wind power-wise, in the Middle East at present. The goal is to get this particular facility up and running by 2020.

Egyptian claims that Suez Bay will be the region’s largest may fall short. Saudi Arabia has contracted EDF and Dubai-based Masdar, under the Abu Dhabi Future Energy Company join venture, to build its first wind farm.

This being a country fuelled by the richest oil company in the world, it’s a big one. Dumat Al Jandal has a potential capacity of 400 MW, almost double that of Egypt’s big play. Denmark’s Vestas will be supplying the necessary infrastructure and components on this project.

Saipem has also been hired to build a 500 MW offshore wind farm too, so there is a lot of wind activity happening in Saudi Arabia right now.

Away from the Arabian Peninsula, we can see further wind investment. Israel’s Enlight Renewable Energy (ENLT) has prepped $363m for 2 wind farm projects. Together, the represent 220 MW of green power.

While the projects we’ve seen here are just a small part of the wind activity in the Middle East, they do suggest that ports across the region will soon be seeing more turbines and blades passing through them very soon. 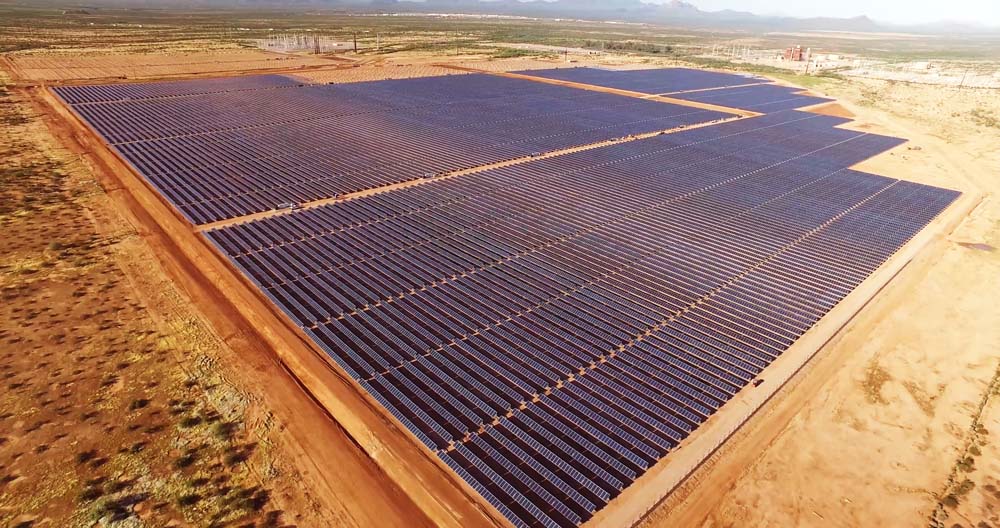 While wind is being adopted in greater volumes throughout the Middle East, it’s solar that holds the key to the sustainable energy kingdom.

It makes sense after all. Middle Eastern states generally enjoy 9 hours of sunshine a day on average, and posses plenty of wide, open spaces that make it ideal for PV plant construction.
There’s an enormous amount of planned photovoltaic capacity waiting to be added to regional energy mixes. Some 70% of Middle Eastern renewable investment and power supply will be sourced from solar in the coming years.

But this is a project cargo focussed article, so what kind of projects can we look forward to?

Let’s start with UAE-based projects. Already home to the world’s largest solar farm, further giant facilities are in the pipeline. For instance, Dubai, which has comparatively little oil & gas against its neighbour’s resources, is exploring offshore solar for example.

Away from that, Dubai is pushing ahead with construction of Noor Energy 1. Once completed, this 950 MW project would be the world’s largest concentrated solar power (CSP) facility anywhere in the world. CSP is beneficial to ME states because it also stores thermal energy, in vast underground molten salt tanks, helping generate further power at night or on cloudy days.

Indeed, Oman is also exploring its own CSP facility – a 600 MW plant. However, this is only due to go ahead if a coal-fired power plant near to port city Duqm goes ahead. In any case, Duqm is already Oman’s chief breakbulk facility, which would make it easier for tranporters to reach any nearby project sites.

Lebanon is also enjoy triple digit growth in solar activity. The nation is ploughing ahead with PV, and is bumping up its capacity. While it may be small compared with the other players mentioned in this article, the nation is aiming at 100 MW decentralised solar power by 2020. In fact, it has also reached out to international contractors to build 300 MW of storage capacity in preparation for upcoming expansion.

But like most energy areas, if we’re talking about the Middle East, we can’t ignore Saudi Arabia. The Saudi’s Vision 2030 includes many renewable stipulations, including the 60 GW clean energy target, which solar power plays a big part of.

A quick look at Nuclear power 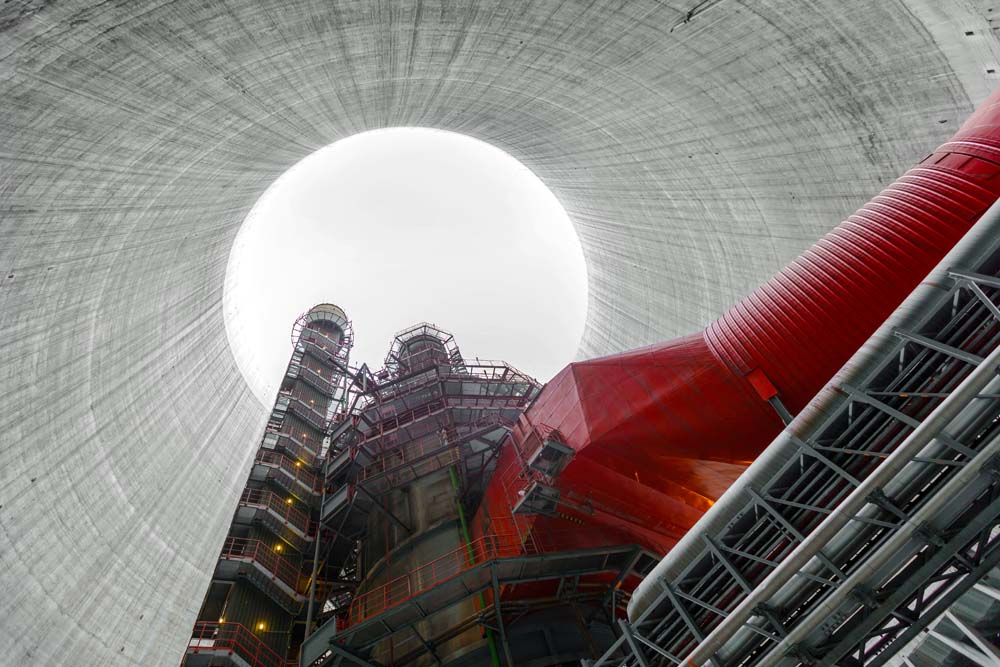 Nuclear power is something a tricky subject, but many sovereign states across the Middle East are exploring atomic energy in addition to other renewable energy sources.

Nuclear electricity generation capacity in the Middle East is expected to increase from 3.6 gigawatts installed in 2018 to 14.1 GWe by 2028, thanks to new construction start-ups and recent agreements between Middle Eastern countries and nuclear vendors, the US Energy Information Administration (EIA) forecasts.

The United Arab Emirates (UAE) will lead near-term growth by installing 5.4 GWe of nuclear capacity by 2020, it said.

The UAE is constructing the four-unit Barakah nuclear power plant, which is expected to be completed by the end of 2020. The 1300 MWe Barakah unit 1, which was started in 2012 and completed last year, is expected to begin electricity production by the middle of this year.

Turkey began construction of the Akkuyu nuclear power plant late last year. This is a four-unit facility designed to add 4800 MWe of nuclear capacity to Turkey's generation mix. The first reactor unit is scheduled to be completed by 2025.

Saudi Arabia is planning to build its first nuclear power plant and is expected to award a construction contract for a 2800 MWe facility by the end of this year. It has solicited from five vendors from China, France, Russia, South Korea and the USA to carry out the engineering, procurement, and construction work on two nuclear reactors. Construction is expected to begin in about 2021 at one of the two proposed sites - either Umm Huwayd or Khor Duweihin.

Renewables is creating the contracts – capture them at Breakbulk Middle East