GET YOUR TICKET BOOK STAND/SPONSORSHIP

Italian oilfield services provider Saipem has been awarded a US$4.5 billion contract by Qatargas, the world’s largest LNG producer, for work at the giant North Field offshore natural gas project.

The order marks the largest single offshore contract by total value in the company’s history.

Under the contract, Saipem, a member of the Breakbulk Global Shipper Network, will be responsible for the engineering, procurement, fabrication and installation of two offshore natural gas compression complexes aimed at sustaining production at the 6,000-square-kilometre field. 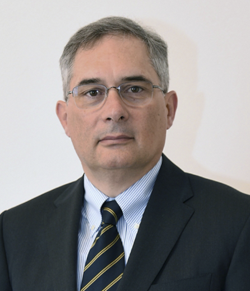 “This is our bread and butter,” CEO Alessandro Puliti said during a webcast to discuss third quarter results. “In terms of execution, sure, it is a large project. But you have to consider that this comprises two, almost identical, very large-size platforms. The concept here is design one, build two.”

Work would begin at the end of this year and run through to 2027, the executive said.

Qatargas, a division of QatarEnergy, uses the natural gas as feedstock to produce some 77 million tonnes per year of LNG. Two expansion projects – North Field East and North Field South – are expected to boost LNG output to 126 million tonnes by 2027.

Speaking to Breakbulk earlier this year, one Middle East-based logistics executive described the North Field East project as “massive”, pointing to the 2.5 million tonnes of cargo and equipment that will need to be transported.

Saipem, meanwhile, has posted its best quarterly result since 2015, with revenues in the third quarter of €3 billion, up by 21 percent compared to the prior three months. Adjusted earnings before interest, tax, depreciation and amortization, or EBITDA, reached €215 million, up by 22 percent.

Saipem said the results were driven by its offshore engineering and drilling sectors. The positive third-quarter results prompted the company to raise its full-year guidance, with revenues of €9 billion and adjusted EBITDA of more than €550 million now expected.

“The company is running at full steam,” Puliti said.